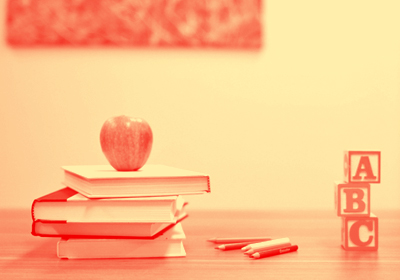 In Learning
By Lars

When I began studying psychology at Blindern in the 90s, I was quickly met by some sticky myths. The first was that the Department of Psychology was on the ground floor because so many students had thrown themselves out of the windows in the high-rise building. This was related with myth number two: those who studied psychology did so because they had serious problems with their own psyche. The third popular myth was that as a psychologist, you quickly became an expert in reading the thoughts of others.

What then about myths related to learning and development? Within this field we also find some resilient myths. One which claims that humans use only 10% of our brain. This myth represents opportunity for businesses for (personal) development and learning to sell fancy courses and books. But off course it is nonsense. How could evolution spend millions of years developing an organ where only 10% was available, while you have to buy access to the rest?

The myth of learning styles

The myth of learning styles – the idea that everyone has a “best” way of receiving and storing information – is perhaps the most sticky one. Study after study shows that learning styles are essentially a myth. Learning something in a self-perceived preferred learning style does not result in improvement in the ability to retrieve that information later. Still, the myth refuses to die. A 2014 study, summarized by Jarrett at BPS Research Digest, may explain why: although learning styles are actually nonsense, it just doesn’t feel that way!

One example: in one study, the researchers asked about people’s preferred way of receiving new information. Do they prefer to read or look at pictures to learn new factual knowledge? The researchers then showed them 30 words and 30 pictures and tested them later for how well they remembered the words and pictures. What they had stated as their preferred learning style made no difference. Those who said they preferred written learning were not better at remembering the 30 written words than the people who thought of themselves as visual in their style, and vice versa. Many studies show the same thing: people’s self-reported preferences are poorly correlated with their actual performance. In other words, people may think that they learn better, say, visually rather than orally, but their achievements proves something else!

Another problem is the many possible ways to describe people’s preferred learning styles. An article from 2004 identified over 71 different styles described. If we see every learning style as a dichotomy (eg visual vs. verbal), it means that 2 are elevated in 71 different combinations. If so, it would represent more than the number of people living on earth!

If one should prove that different learning styles exist, one must be able to show that people with a preferred learning style learn better when they learn something in their favored way, while another group with a different preference learns the same better with their way. Surprisingly few studies support this. Most of the results disproves the myth. What often happens is that both groups learn better when they are taught in a certain matter. This makes sense because although each one of us is unique, the most effective way to learn is not based on our individual preferences, but on the content of the material we are taught. Try to learn Norwegian grammar visually, or learn to drive a car verbally.

Should we give up on tailoring training measures?

By no means. An obvious point we can draw from the research is that the best learning method are likely to vary across topics and disciplines. For example, the best way to carry out an author’s course probably involves a heavy emphasis on oral and written, while the most effective method of learning geometry requires more visual-spatial material. Finding the optimal approach for different topics and content is therefore largely an empirical question.

At Specifique, where we have developed Diggle, we work extensively on organizational development and change. Competence development, communication and involvement of employees are always key elements. Topics can vary widely: from values, mission, strategy anchoring and culture, to selling points, management and work processes. An important success factor is to share experiences, knowledge, objections, ideas, etc. in the learning process. In an organization, there is an enormous amount of expertise and experience in the minds of the employees. Some have a lot of experience, others have little.

Historically, the master-apprentice relationship was much more important for transferring such expertise than it is today. But the need to transfer knowledge across generations, disciplines, departments etc has in no way diminished, it has only become less formalized.

Let us return to the myths of learning styles. There is extensive of support for claiming that one can and should tailor the learning method to improve learning, but not on the basis of individual learning styles. As Kirschner and Merrienboer point out (reference), there are signs that beginners are learning better from studying examples, while those with more skills learn better by solving problems themselves. Other studies show how learning improves (for most) by combining different activities – such as reading, writing, listening, seeing and discussing. This combination is what we at are trying to do with Diggle, in a time where the belief that information on intranet or powerpoint leads to learning and mobilizes into changed behavior, should be dead and buried. Along with the 10% myth. At least we can hope…